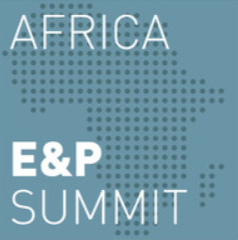 The Africa E&P Summit 2020 will welcome a delegation from Liberia Petroleum Regulatory Authority (LPRA) and NOCAL to present the Harper Basin License Round in London from the 20th – 21st May 2020.

The conference is an opportunity to hear directly from Archie Donmo, Director-General of the LPRA on the Harper Basin offshore blocks on offer and ask questions in an interactive audience-led Q&A session in the Government & NOC Showcase.

Gayle  Meikle, CEO, Frontier says “The Africa E&P Summit is fast becoming the ‘go-to’ event for Africa’s ministries to present their acreage and licensing opportunities to a very select E&P audience. We offer a platform that I believe exists no-where else; the right people in the room at the epicentre of the African oil & gas investment community which is London.”

Within the Harper Basin Licence Round, nine blocks will be on offer and the area is considered to be the last unexplored and undrilled region offshore West Africa. TGS, which holds a range of multi-client data across this acreage, commented that Cretaceous slope and basin floor fan systems demonstrating high amplitude character have been identified, some of which cover over 300 square kilometers. Volumetric assessment of these features suggests field sizes with over a billion barrels of oil in place.

“A promising outcome in the country would be a watershed moment for the country”, says Archie Donmo. The much needed investment will support the Pro-Poor Agenda for Prosperity and Development (PAPD) under the steerage of Liberia’s President George Weah who announced the launch of the round in his Third State of the Nation Address in the capital Monrovia last week.

The country has endured a 14-year civil war, but now with peace outlasting the war years, the hope is for a brighter future for Liberia.